SOCIAL NETWORKING AND OTHER ODD BEHAVIOURS - GARBAGE IN GARBAGE OUT? 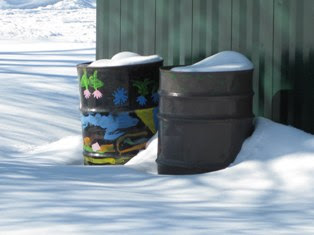 As January kicks into gear, high or not, I find myself enmeshed in the world of social-networking, the umbrella phrase which seems to encompass such things as 'Twitter', 'Linkdin', 'FaceBook', and 'MySpace' - to name but a few. And then of course, there are the mighty blogs of which this, Blogger, is one. And I seem unable to resist this particular lure - I have at least three and possibly as many as six blogger blogs but still can't seem to settle on one of any consequence, one that I will write to with regularity and use to generate traffic to my more serious writing, the stuff I have posted on helium.com for instance.

Ah yes - helium.com - is this to be considered a serious site after all? I have vacillated mightily on this aggregate, first posting like crazy and putting up my blue and gold stars like a greedy child eager for approval. Then, growing disenchanted when my stars faded with seemingly no apparent reason or something I wrote ranked lower than I thought it should. I grew quickly weary of the low-paying site and was back off to writing more poetry and posting on Poetic Asides with regularity.

So how did I end up back at helium? Quite by chance I think - I happened by and was checking out my earnings there when I noticed that I was earning some money - not a lot but some - and I hadn't added anything new to the site for quite some time, more than a month actually. That made me curious. Why would there be money accruing for articles that were just sitting there?

It turned out that it didn't seem to matter how high something was ranked really - it was the number of 'hits' a piece received and there seemed little rhyme nor reason to why a piece became a popular read. One of my most read things is the one about whether an adopted child can ever be loved as completely as a natural born one. It actually is a highly ranked article and of course, I voted yes, but it seemed to generate its own following.

The one about whether an alcoholic can ever drink again socially didn't do terribly well in the ratings but was being read with astonishing regularity according to the 35 cents in my bank account. From what I can gather, a penny represents a great many hits...

In any case, I did some poking around on forums at helium and discovered that by providing links to articles and by writing even more, you can generate traffic yourself to your own stuff thereby upping your income.
I figured what the hell, worth a shot.

So, I've been learning to twitter and tweet and re-tweet. And today I got my LinkD connection updated. As you can see, I'm trying to get a blog up and going. So far I notice the pennies are indeed trickling in and thinking up catchy headlines that interest people in going to look at my stuff has been fun.

Now - as always, the conundrum. Is this really how I want to be spending my time? Is it taking too much time away from my 'real' writing? Will I ever get my book finished? My poetry published? Or is all writing a part of the whole? Maybe it is. I just haven't been able to make up my mind.
Posted by S.E.Ingraham at 6:40 PM